Please check your e-mail for a link to activate your account.
Posted by Anita Belle November 18, 2016 10:23 AM
Share
1 Reaction 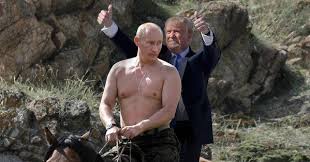 LET'S PUT OUR IDEAS TOGETHER
Let's get the people who sign up with the Reparations Labor Union start a new form of payment in the market place. It's like a credit card but pays like a Job and it's attached to a bank account that produces 1 million dollars every 2 months converting GREEN DOLLARS into BLACK DOLLARS that can only be spent on Black Owned Business. Instead of asking for reparations, WE TAKE IT with every purchase we make.

The new website for the Exodus Blog is www.reparationslaborunion.net .

Please support our other websites, like the Private Reparations Auction at www.leverage-your-money.com and the Third Eye Oracle Blog at www.3rdeyeoracle.com.

The Case for Reparations

In May of 2014, Ta-Nehisi Coates published a landmark article in The Atlantic, "The Case for Reparations".  In case you haven't read the 16,000+ word article, watch this TV interview of Coates on the Bill Moyers' Show: On August 9, 2014, an unarmed black teenager, Michael Brown, was killed by a white Ferguson police officer, Darren Wilson.  After weeks of protests that included Michael Brown’s parents speaking in Geneva, Switzerland to the United Nations Committee Against Torture, a grand jury was convened to decide whether to charge the police officer with murder.

Ever since approximately Tuesday, November 18, 2014, Missouri Governor Jay Nixon has declared a state of emergency and has deployed the Missouri National Guard.  As Saturday Night Live comedian Michael Che said in minute 2 of his Weekend Update that aired on November 22, 2014, Governor Nixon’s actions in deploying the National Guard is a spoiler alert.

I therefore interrupt my blog series about how the CIA imports and distributes illegal drugs and guns into America’s segregated black neighborhoods with this breaking news bulletin.  Black People of Ferguson, Missouri: Get Your Passports and Prepare to Exodus.

Anita, you may say, President Bill Clinton declassifying a memorandum of understanding about the CIA and Department of Justice’s agreement to NOT prosecute CIA agents for drug trafficking doesn’t prove the drugs were placed in black neighborhoods.

The Unholy Trinity of Oil, Drugs, and Guns

In today’s Exodus Love Letter, I promised my sweetheart that I would spill some beans and stop beating around the bush.  I have to beat the bush.  So here goes.  This might be too long for one blog post, so expect a series.

On the surface, you may what does an oil pipeline have to do with reparations?  Or getting cursed for oppressing black people?  I might sound crazy.  But everything is not what it seems.

There is an unholy trinity between oil, illegal drugs, and guns: Oil is one of the premier drug-smuggling and money-laundering fronts.  The illegal drugs and guns end up in segregated black neighborhoods so that gang members can kill each other, black innocent bystanders, or go to prison.  The real drug kingpins are NOT black gangsta rappers.  They're just pawns.  The real drug kingpins are oil barons.  And a lot of other people who will surprise you.

The Judgment of Climate Change

What did I write my sweetheart in today's love letter?  I told him:

Thanks to a 2010 U.S. Supreme Court decision called "Citizens United", the Congress coming in January 2015 will be the best that money can buy!  Literally.

Special interests groups related to oil barons like the Koch Brothers and Exxon Mobil spent more than $59 million to make sure that Members of Congress vote in favor of the Keystone Pipeline.  See http://bit.ly/1qXkTad .  The pipeline promises jobs.  "Good" jobs.  And they are telling the truth.  Jobs will be available, the job of digging your own grave.

What does the Keystone Pipeline have to do with reparations?

There is an old saying, "As in the natural, so in the spiritual.  And vice versa."  In yesterday's blog, we talked about reparations being part of the prophecy of Genesis 15.  So is judgment upon those who enslaved and oppressed Abraham's children.  The climate change we're witnessing is part of the judgment.  The Keystone Pipeline would make the climate change judgment worse.  Much worse.

Everything Old is New Again

Writing a blog is hard for me because, in order to be motivated or inspired to write, I need to envision my audience.  Envisioning that the audience is all black people is too large.  The audience has to be smaller, more personal, more focused.  So I’ll narrow down the audience as if I’m writing a love letter to my sweetheart.

My love letters are written to a black man.  With a good job.  Trying to juggle black consciousness while keeping his job.  And I’m trying to convince him about reparations.  And repatriation.

Stories must have a conflict that needs resolution.  My love story is no different: He wants to stay in America.  I want to go.  Are some things bigger than the love between a man and a woman?  Yes.  And no.

Everything old is new again.  God is telling Moses to tell Pharaoh to let God’s people go.  Reparations was secondary.  Most important was that the children of Israel had to leave Egypt.  Moses didn’t ask for Pharaoh to simply free the slaves and allow them to stay in Egypt.  God didn’t command simply their freedom.  He commanded the children of Israel to go to the Promised Land.